Other than raiding I've mostly been dabbling in RP lately, leveling a couple of other characters on Vae's server to play over there. This gives a great excuse for transmogging, especially with lower level stuff that can be used and acquired while leveling. So here are the leveling transmogs for one of my new characters.
Heryneth Starstride is an assassin who masquerades as a traveling musician to put his victims at ease, so he tends toward pretty bright colored leathers suitable for performing. 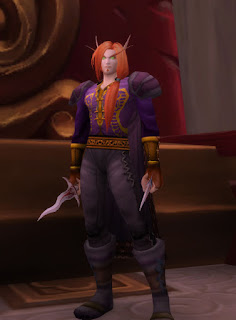 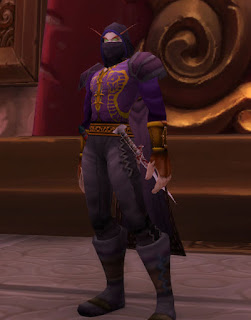 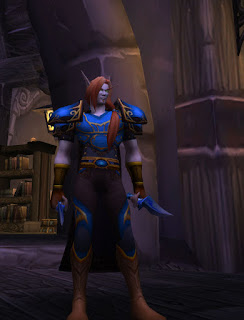 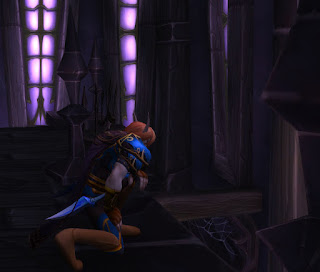