Quick thoughts on the patch 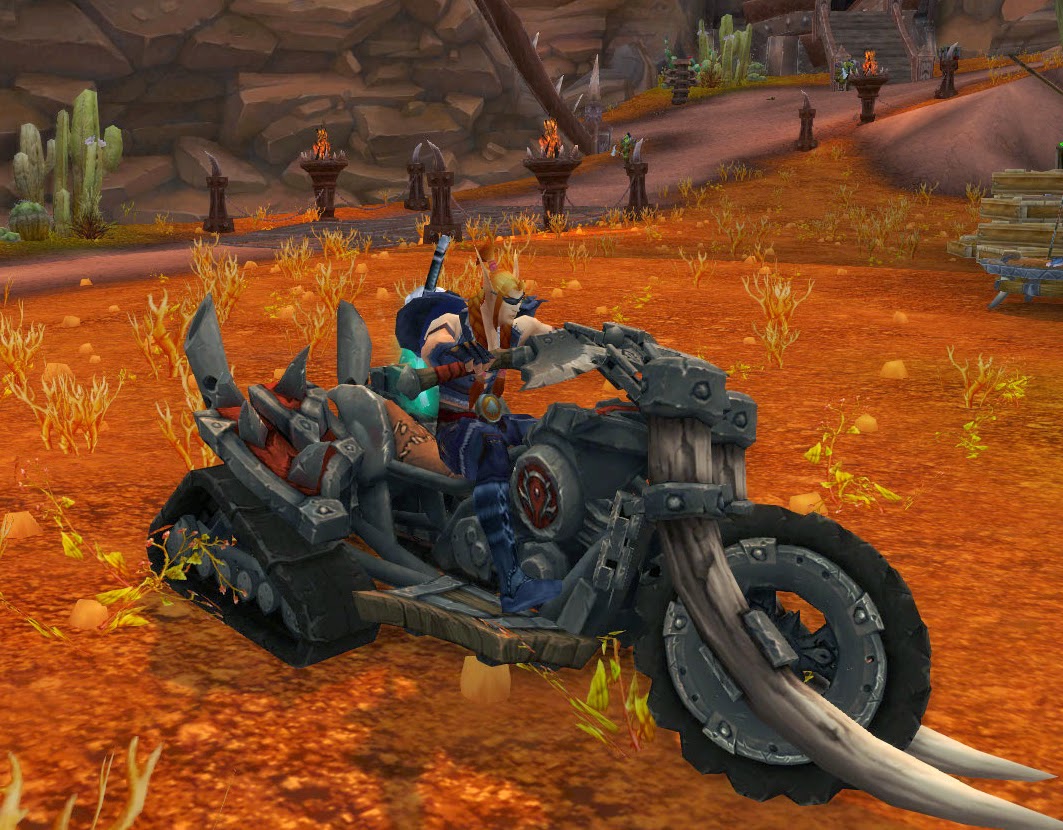 Well, he may have to entirely relearn how to do that monk healing thing, but at least he got this sweet bike?

I've got mixed feelings about the patch, the way I probably would about just about any major patch really, but here's a quick rundown of the good and the bad or at least my perceptions of good and bad.

Good:
-Storage. So much more storage. Between the reagent tab, the toy box and a new tab of void storage Seish is looking at far more bag space than he's had in months and with a bit of juggling around later I can clear even more.

-The Chopper. It's a free mount. It sounds really good. Tai looks like a badass biker riding it. What's to complain about?

-New hunter pets. Went right out with Tyndellan and tamed a stag! He'll get a prettier one later but he needs more levels first. And there are hydras and all sorts of new beasts waiting in Draenor. That's thrilling. 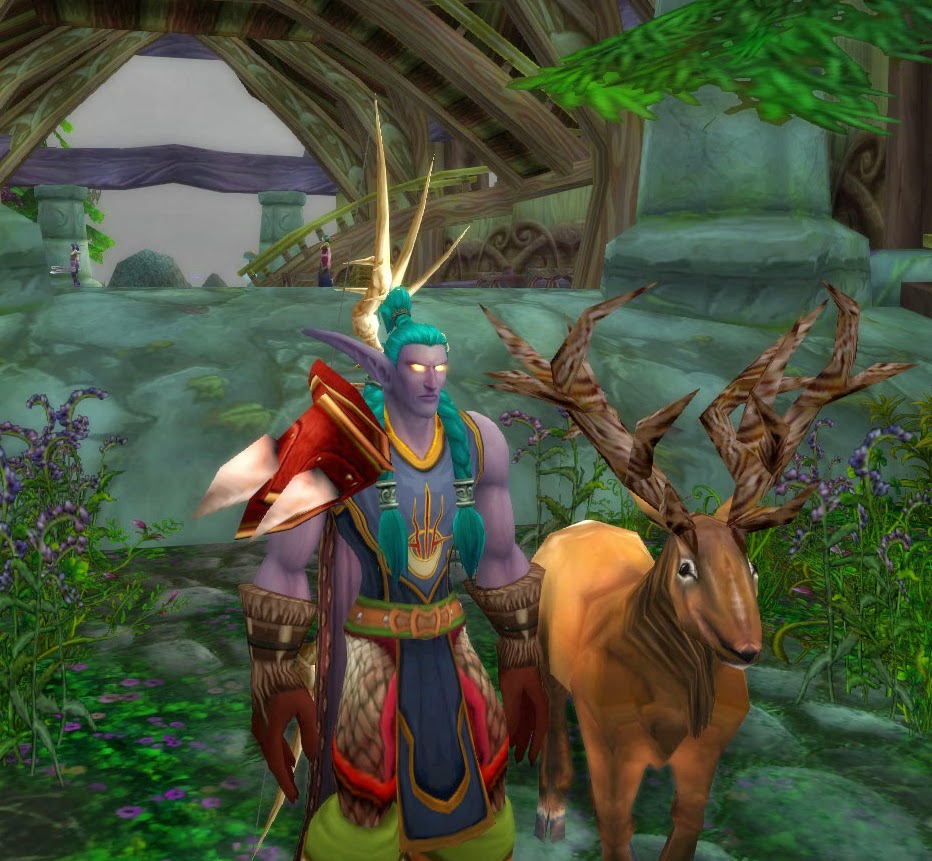 -New things to do. Haven't tried the new 90 UBRS yet, but I've done the horde side quests a couple times (and plan to do them many more.)

Bad:
Ability pruning. Some I'm okay with: Inquisition can stay gone, even if it's hard getting used to not putting it up. But I really miss a lot of the missing abilities. Serpent Sting for Beast Masters, Renew for priests. Guardian for my ret and holy paladins. I feel like they went a little overboard with the weeding in a few cases.

-The new group finder is terrible.

Mixed:
-New models. I love the new trolls, the new orcs, the new male tauren, the dwarves, the male humans. I'm okay with a few of the others. I'm pretty disappointed with the new male night elves and female draenei. And even the ones I like the changes are enough that it'll take some getting used to. Big changes. Tyl had to get a new face because his old okay one became terrible. 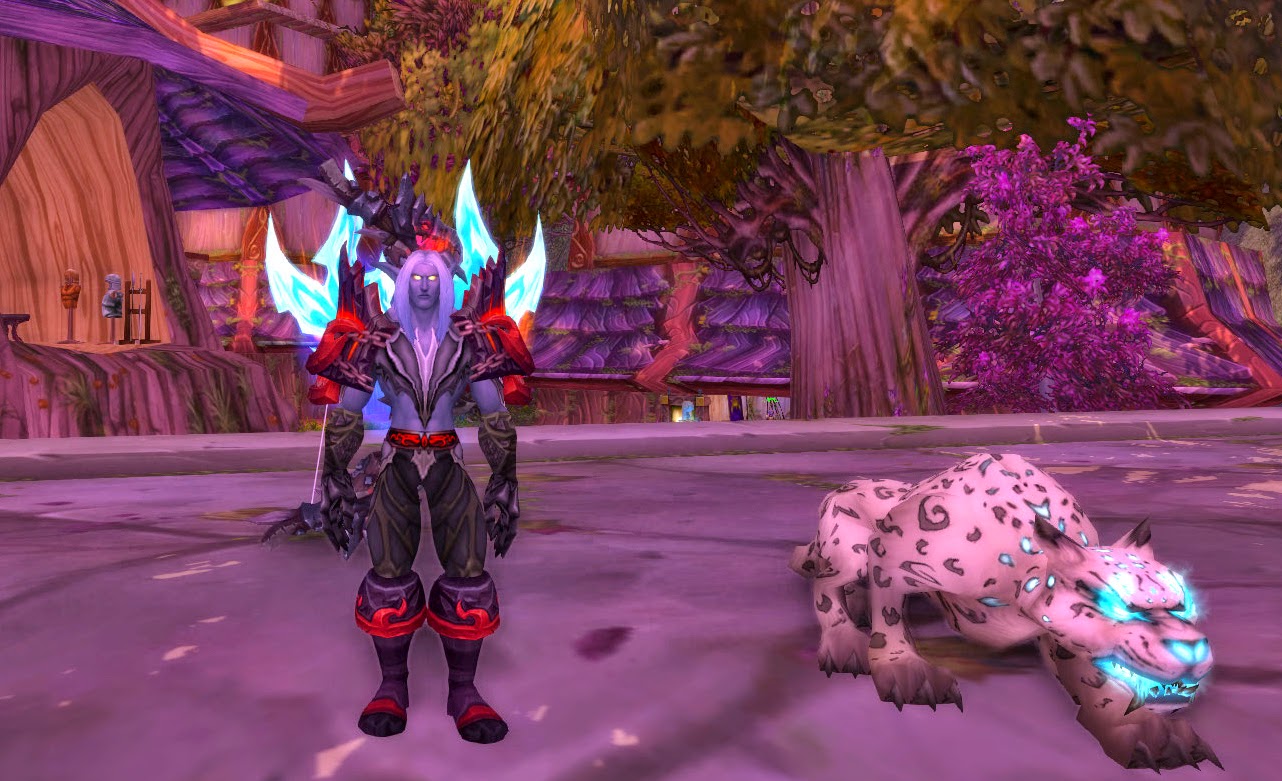 At least Snowthorn is still familiar.

-Stat Squish. It needed to happen without a doubt but it's still disconcerting to see numbers change so much and leaves me unable to tell if I'm doing my new rotation wrong now, or if I'm just squished. I have no frame of reference for the numbers. It also doesn't seem like some of the content is tuned quite right any more. 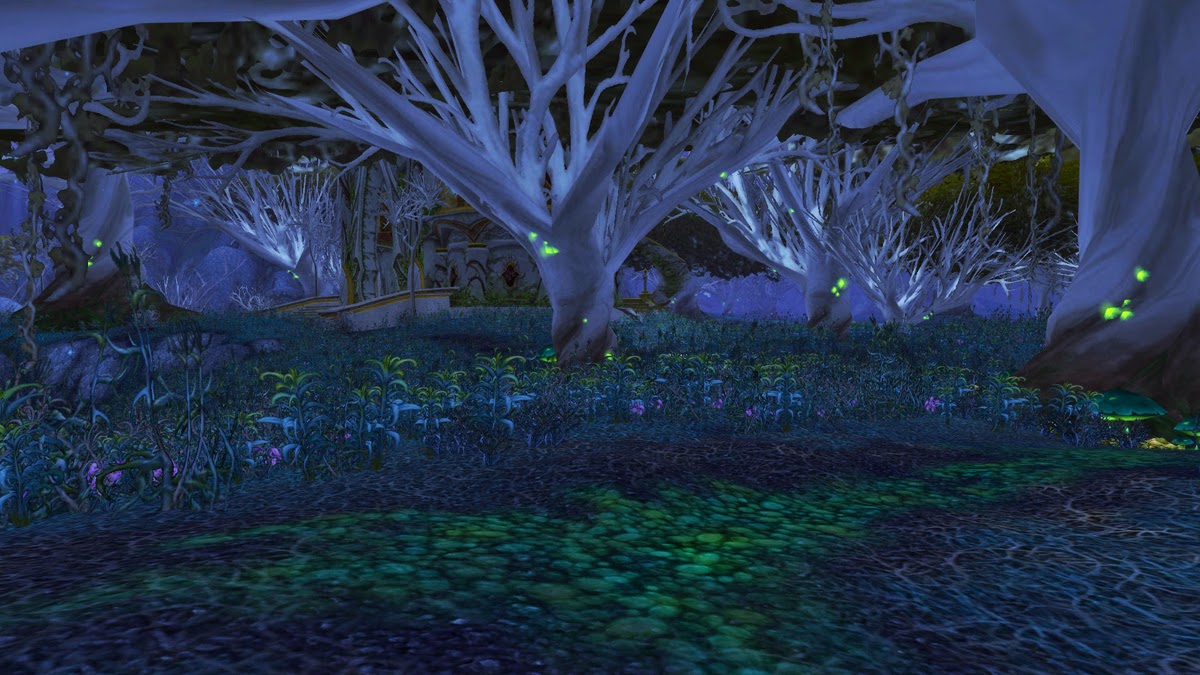 My screenshotting mojo crapped out on me midway through September. My brain took a blogging sabbatical, though partly that's because I've been stewing over a post I want to make. This post is a bit of a catch up in the meantime. I've been playing, doing my raids which are so much fun and a bit with the Old Ladies too. Been playing some of the alts. Saelindir is 84 and Falsyr is level 70 as of today. That's two classes I don't have at 90 that are slowly making their way there.
It seems Blizzard's made itself another stir: Does anybody read over these first? Which I think honestly bothers me less because of the sort of sexist way it comes across than because how could anybody read that and not think about how it might come across when they've already had people annoyed at them over the same thing several times this year?And about this time I had a very interesting encounter one evening in the Ghostlands.
Leveling an alt with SprYte that evening just because we both wanted something quiet and relaxing to do.  Someone started chatting up the zone in general chat, saying hi and so I whispered them a hello back, started a little conversation because they seemed friendly enough. Bit of random chatting about RP and characters as SprYte and I leveled and somehow the subject of gender came up. Starting with the person (which intuition pegged as younger and female) telling me they assumed I was a guy(I was playing yet another male blood elf.) I replied with a simple. "You assume incorrectly."
What followed was the first time I've ever actually had anyone react badly to me playing something other than my real life gender. I'm still a bit flummoxed.  She (I was right) told me that she hated people who played the wrong gender. She thought it was horrible. I was taken aback and asked why, assuming perhaps someone had lied to her in some way with it. But no, when I got an answer it was simply that she assumed everybody who played something other than their real life gender did so for and I quote: "Perverted reasons."
I've written an entire post on why I prefer male characters for the most part and I don't really consider any of those reasons to be perverted. I don't consider any of my other female friends who play male characters to be perverted or any of my male friends who play female characters for that matter. I don't find people strange for playing only their real life gender either. The entire point of a fantasy game where you make your own character is to make the character that you want. The gender of our avatars is for gameplay purposes a 100% aesthetic choice. It might have other meaning for a player beyond that but as far as the game world is concerned it's all aesthetics. I like the option of playing whatever I want. I don't think I'd want to play a game where I was restricted to playing only my own gender. I like the freedom to make my characters whoever I want them to be.
So I still can't help feeling taken aback by that hate over something that to me was largely a choice based on preferring that my armor look like armor. Then again I guess there are people who hate others for their choice of race too. Probably two strikes against me in that one because I'm unabashedly fond of my blood elves. I think the real point of this ramble is a question that bugs me every time something like sexism rears it's ugly head. And that is... will we ever as a people get over being stupid about how we treat each other?

*That other post I mentioned is still coming. It's also opinionated.
Posted by PlaidElf at 11:51 PM 6 comments: