I realized I hadn't put up a post about my reaction to the expansion announcement a while back. And that's partly because I've been thinking about what sort of character my demon hunter will be, but also because I am not sure what to feel. It sounds incredibly exciting, and I feel that if they dive in and do everything they mentioned for it the way it should be done without cutting any corners, it could very well be amazing. That is the expansion I want. If they cut too much out of it and it ends up another Warlords, I think I will be very sad. So that's what I think. I'm excited by the idea but my optimism is more cautious this time.
The rest of this post is just going to be a collection of screenshots, mostly with explanation of a few of the things I've been up to in game. During raids I have discovered that with Transmorphic Tincture + the Orb of the Sin'dorei Ailuuya can spend five minutes being a male blood elf and I can feel more at home. She makes a very handsome male blood elf, so here are screenshots, taken in the garrison when I wasn't frantically healing. 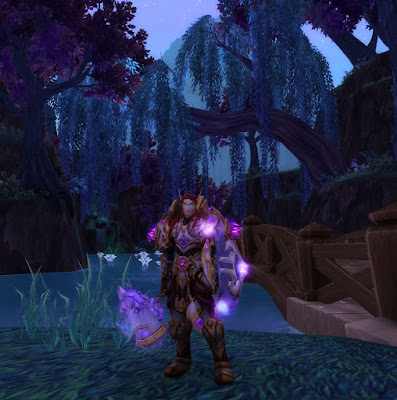 I want that armor for one of my actual blood elves more than ever now. 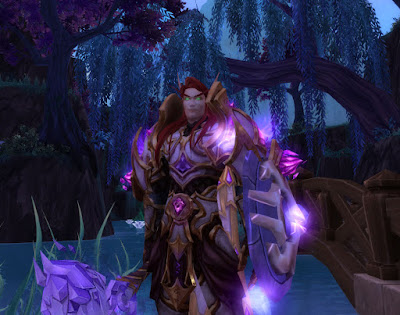 She's even a redhead. I also finally got around to taking Tyl and Ailuuya over to Tanaan even if they have yet to do much there. In the process I discovered that tall characters have facial expressions during the cutscene where you open Lion's Watch. I managed to capture these gems: 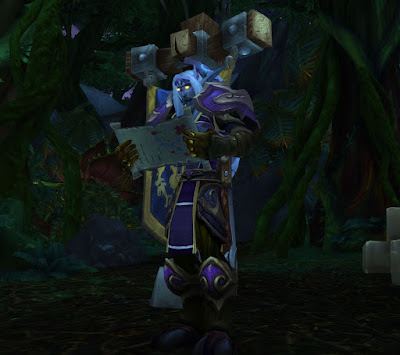 I am not sure I've ever seen anybody this excited over a map. Tyl's really liking the idea of hunting in the jungle I guess. 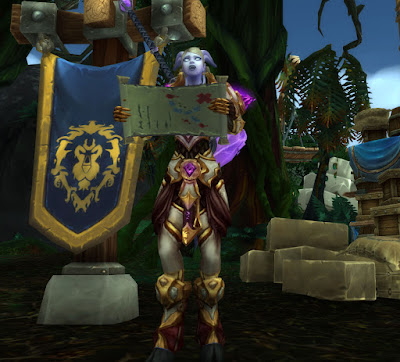 Ailuuya on the other hand: "There are HOW many demons out here?!"

I've been spending a fair bit of time on Vaelanys, RPing and occasionally just exploring, so here are a couple of my favorite screenshots with him. 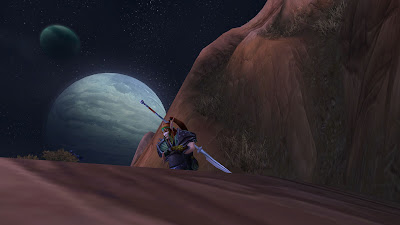 Spires. This zone in particular is my favorite in WoD. The moons I love in every zone. 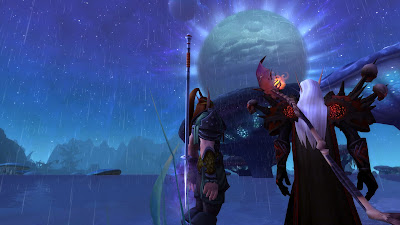 A screenshot I took while Vaelanys and this fellow were having a chat. For some reason I just loved something about the way it turned out so I couldn't resist sharing it.
Posted by PlaidElf at 5:59 PM