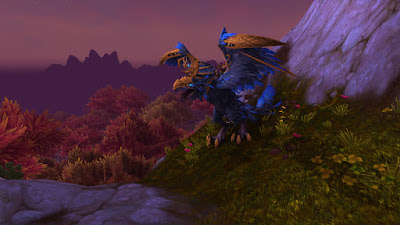 So flying isn't gone after all. I'm glad to hear it. Not just because that means eventually when Seish gives the order the raven will actually take off, but because it gives me a bit more hope that Blizzard is actually listening to their players.
I'm not going to complain at all about the achievement. I think it's pretty spot on for what it should be. My only minor quibble/hope is that there will be dailies for those rep grinds. I like dailies. I always have. I miss them. Other than that honestly I'd have been fine with it rewarding flying to all my level 100 alts. Giving it to them at 90 seems very generous.
Perhaps the best part of this, though is actually feeling like I have a reason to log in again. Tai and Os have been elected to do the achieve and they're putting in work on it here and there. They were close on most of the things they needed as it was, so now that there's a reason for it they're out there checking off boxes. 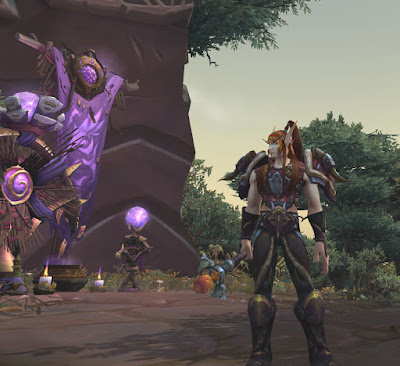 The other thing I've accomplished is leveling my 8th 100. This is Vaelanys. He lives on an RP server. He languished at level 75 for a very long time, but finally yesterday he hit 100, an expansion later than I meant him to, but better late than never.
The thing I am not sure I want to talk about is that yes, he is another Mistweaver Monk. Yes that means that I currently have as many level 100 monks as I do paladins. Yes, that means that with 8 characters at 100 I've got three paladins, three monks, and two hunters. I probably have a problem(or three). 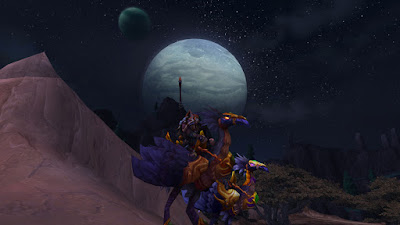 He was leveled by himself so he took Aeda with him for about the second half of the process. She was helpful when she wasn't dead. At level 100 he went to do proving grounds. I didn't expect it to go well. His ilvl was 607 and it took Tai a few goes. But he one shot it. It was relatively simple. But here's a small rant. If I have to do these on every single character, regardless of whether I have done it on that specific class and spec before... can we please just have the achievements for it not be account wide? It would be helpful not only for remembering whether I've done it on a given character or not... and also give me a shiny feeling of accomplishment when it flashed up on screen.
I'm still not sure my faith is entirely restored, but I'm glad they listened about flying. I'm glad they made it an achievement that should be accessible to anybody who wants to put in the time to do it rather than tying it to the ring or raiding in some way. And I'm really hoping we can start looking forward to a little more level 100 content outside of raids. But in the meantime outside of raids there's still transmog. 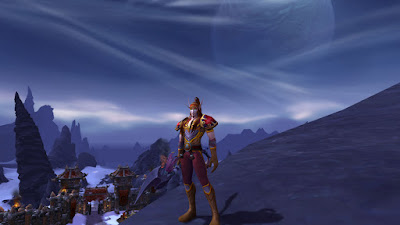 And here's Vae's transmog. On an RP server these things are important.
Posted by PlaidElf at 1:14 AM 4 comments: